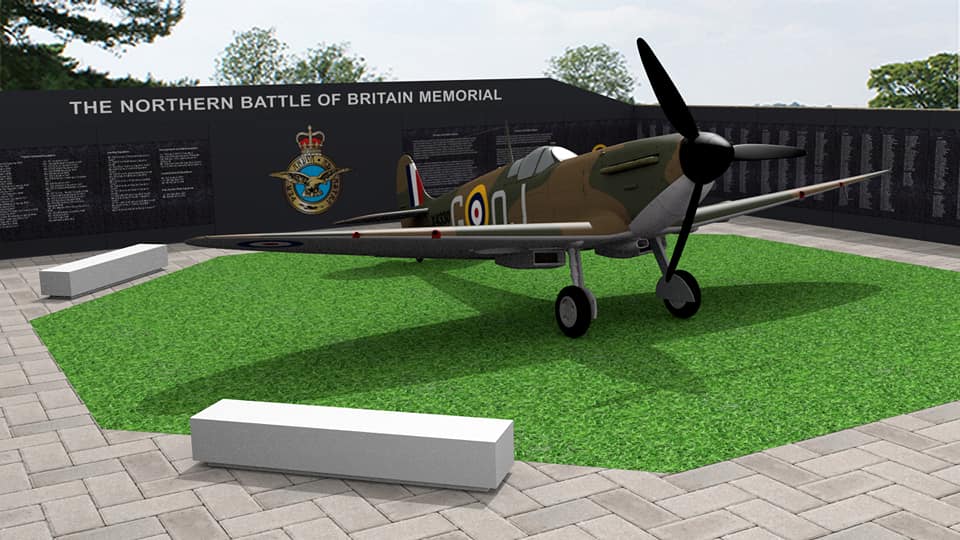 The Memorial is being built on land adjacent to the South Yorkshire Air Museum on the site of the former RAF Doncaster.

The Memorialwill provide a northern focus for remembrance and will complement similar memorials at Capel-le-Ferne on the white cliffs of Dover and the National Memorial on the Embankment in London.

The project was first suggested by Bill Bond the founder of the Battle of Britain Historical Society and the prime mover behind the creation of the monument in London. However, he always felt that there should be a memorial in the north of the country and after detailed research he concluded that Doncaster would be an ideal location.

In 2014 a Trust led by Sir Malcolm Guthrie the son of a Battle of Britain fighter pilot, Air Vice Marshal Alan Johnson (ret'd) and members of the South Yorkshire Air Museum accepted the challenge and plans for the creation of the northern memorial began in earnest.

By its very nature the project will look back to the war years but its true nature will be forward looking.

The memorial will become the basis for education programmes and community engagement well into the future.

With support from the elected Mayor of Doncaster, Councillor Ros Jones, the local authority, local businesses and the people of the area the project is now fast becoming a reality.

If you would like to support the Northern Battle of Britain Memorial please drop us an e-mail, 'like' and 'share' our Facebook page or if you want to make a donation please go to our 'My Donation' page.

The Northern Battle of Britain Memorial Appeal is a registered charity (no. 1159134)